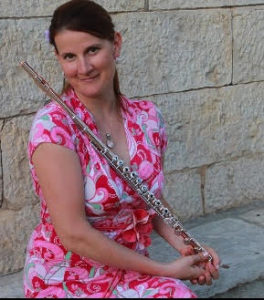 Ana Kavcic Pucihar is recipient of the Fulbright Scholarship Award in the academic year 2014/2015.
As Head Instructor of Flute at Skofja Loka Music School (Slovenia) and active performer, she has been researching holistic approaches in teaching young beginning flute players for the past 10 years. 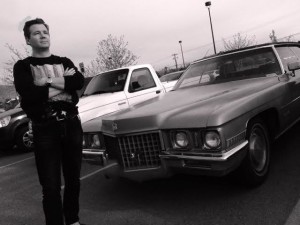 Slovenian pianist, composer, and arranger Blaž Pucihar graduated with honors from the class of prof. Dubravka Tomšič-Srebotnjak at the Academy of Music in Ljubljana (Slovenia).
As a soloist, he has performed with several orchestras. He regularly works with many internationally recognized artists (Benoit Fromanger, Tadeu Coelho, Viviana Guzman, Pierre-Yves Artaud, Giampaolo Pretto, and others) on a variety of performance and recording projects.
Since 2003, he has been composing music for a range of instruments and ensembles. His reputation as a composer is growing internationally.
Piccolo Moods, his composition for piccolo and piano, was the winner of the NFA Newly Published Music Competition in 2014.
Blaž and his wife, flutist Ana Kavčič Pucihar, have created the young flute players’ flute book Flavta se igra/Flute at Play, and Lunina čarobna flavtica/Luna’s Magic Flute, a musical fairytale for flute and piano dedicated to children. Based on Blaž’s original fairy tale, the latter has also been choreographed into a ballet and a puppet-theater show. These shows have been performed in Slovenia, Austria, Germany, the UK, and the USA. Read more

We're not around right now. But you can send us an email and we'll get back to you, asap.